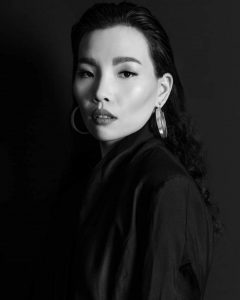 Dami Im has a fan and supporter base which must be envied by artists all over the world. As a proud member of the “Dami Army” (a name coined by Dannii Minogue on XFactor) I find Dami’s fans to be an incredible, staunch, diverse and exceptional bunch of individuals. With several hundred thousand followers around the world on social media Dami has a core group of followers who actively engage and interact with each other every day and very importantly with Dami herself.

What we find unique about Dami is the fact that she is a superstar here in Australia and overseas and yet she is so humble, genuinely caring, and very generous with her time (eg; Telethons and fundraisers), giving to charities and is also an ambassador for Compassion Australia through which Dami and her husband Noah sponsor, at last count, nine children around the world. Dami has used her fame to promote charitable organisations such as Compassion, inspiring many of her fans to also sponsor children. Her fan group even has a resident renowned artist who has sketched Dami hundreds of times, offering his magnificent works to fans around the world in exchange for monetary contributions to Dami’s preferred charity, Compassion. Such is Dami’s influence and charitable persuasion!

“As for her fierce fan following – the Dami Army – they continue to support her every move.”

“My fans are quite special. Not every artist has a really strong group of fans that support them with everything they do,” she says.

“It’s a real privilege and it makes me want to try even harder because they are dedicating a lot of their time and energy into supporting me. Sometimes I think, ‘Why are they doing that? What gives them the joy and passion to do that?’ I guess it’s my music and a connection they feel with it or my performances. Whatever it is, it gives me motivation and pushes me to do better.”

We all try to promote and support Dami in whatever way we can from sketching and painting portraits, writing letters and articles to local and state newspapers and even a bit of poetry, all of which we share amongst the group. When fan-base-generated awards and accolades are up for grabs we all spring into action with our voting powers which is always very successful!

When Dami is touring Australia her fans flock to see her, some flying and even driving in from every State and Territory and many making the trip from overseas countries such as USA, Poland, France, Germany and Singapore to name but a few.

When Dami toured her “Yesterday Once More“ a tribute to the Carpenter show for 46 venues straight she stayed behind to meet and greet her fans for signings and photographs until the last person had left the building! Dami is truly an inspiration to us all.

Personally my best experience as a fan was in May this year on Mother’s Day when I was gifted two tickets from a fellow Dami Army member for a Sydney Harbour Cruise with Dami, her Band and her family, plus accommodation at a Darling Harbour Hotel. Dami performed some songs from her latest album “I Hear A Song” which is a jazz genre of crisp, clear, lyrical genius (the first time I’ve ever listened to jazz). Dami came around to every table for a chat with about a hundred on board.

With a slightly older demographic of followers, most of us have had to learn how to use Facebook, Instagram, Twitter and various other means of listening to her beautiful tones in the cyber world. Whenever possible some Dami Army get together for a social gathering and I now even work for some.

Dami loves the big stage, the big notes, but is most comfortable and happiest at the piano in an intimate club interacting, engaging and feeling the audience like she is doing at the moment touring her “I Hear A Song” album, in small regional towns and venues.

I’m simply a West Australian fan who is one of many touched by Dami’s beautiful persona and incredible diverse musical talent.