The wait since last year seemed inordinately long, but finally it was my turn to see Dami live on stage again!

The wait since last year seemed inordinately long, but finally it was my turn to see Dami live on stage again! 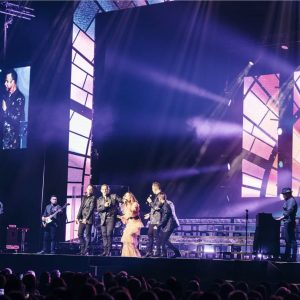 It was my enormous blessing to be present at the Human Nature ‘Little More Love: 30th Year Celebratory Tour” Canberra concert on Monday. Looking around I didn’t see any Dami Army I knew but this was, after all, Human Nature’s tour with, of course, Dami as very special guest. People seemed to be streaming in steadily, but I am told it is not unusual for numbers to be still finding their seats during the opening act… 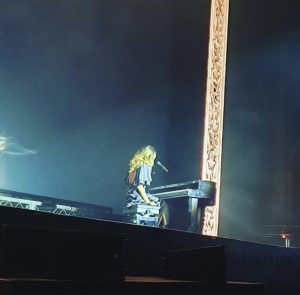 At 7.30 the lights dimmed and an elegant Dami Im made her way to the piano centre stage… 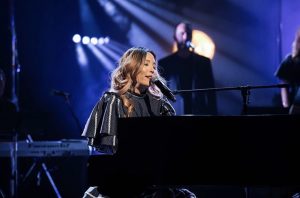 Dami opened with her original hit ‘Super Love’… bright, pure, sweet, uplifting… then into her own catchy ‘I Hear a Song’… Touching hearts with the haunting ‘Come Away with Me’… the empowering ‘Dreamer’… the nostalgic ‘Autumn Leaves’ and finishing with her deeply moving unreleased song ‘Crying Under Water’… 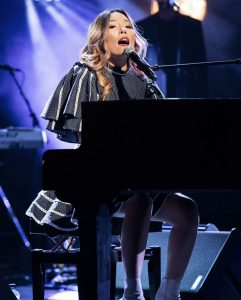 As Dami exited the stage, the lovely lady sitting next to me pulled out some tissues from her bag… Dabbing her eyes, my new-found friend told me that when Dami sang ‘Crying Under Water’ she was crying with her… She also commented that Dami can really write good songs… such as ‘Dreamer’ and that is because her music and lyrics come from her heart.

As we sat there quietly waiting for the Human Nature group to arrive, the air was palpable with the emotions Dami’s performance had just conjured deep within our souls…

The stage was cleared and readied for Human Nature… when suddenly, booming from the upper levels from three directions came the glorious harmonies of Human Nature as they skipped down the steep steps making a rapid beeline for the stage… Human Nature had arrived with great fanfare!!

From there it was non-stop electric energy, smooth synchronised moves, stunning harmonies and pure entertainment from the legendary Human Nature!! I cannot speak more highly of the professionalism of these stars and their warmth, genuine regard for fans, humility and their sense of fun shining through. It was easy to see why they and Dami have an affinity for each other and chose to do this tour together. 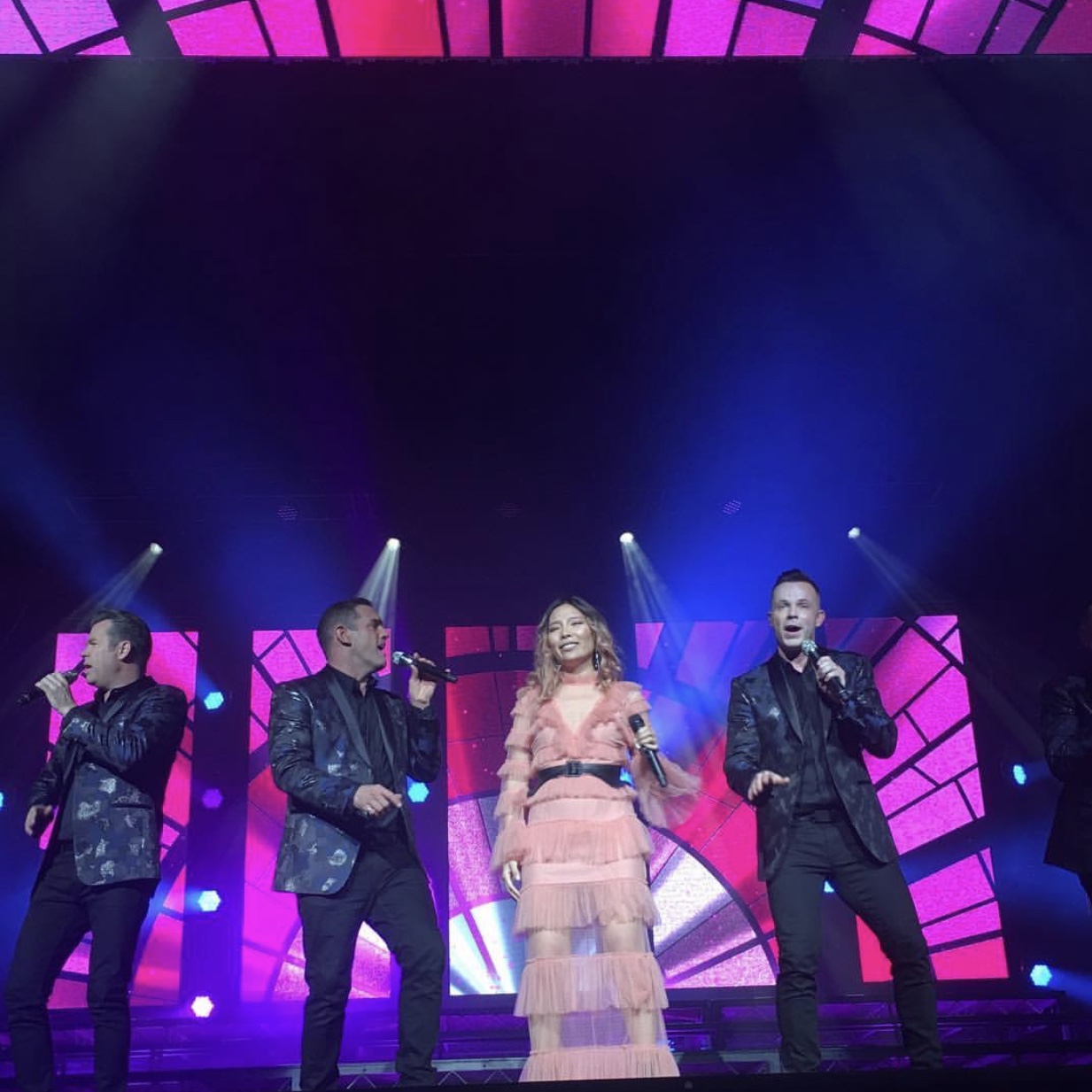 About halfway or more through the concert, Dami was invited back on stage to sing ‘I Say a Little Prayer’ in delightful harmony with Human Nature. The stage was alive with their uplifting vibes while the audience was a sea of rocking and swaying in response to their energy and fluid moves.

Dami was asked to entertain us by singing a couple of songs while Human Nature went backstage for a costume change. This is when we experienced the full force of Dami’s incredible vocals with her mind-bending performances of ‘Purple Rain’ and ‘Sound of Silence’!!! There ensued resounding applause, cheers and many spontaneously giving a standing ovation in response! If they hadn’t heard of Dami before, she had just imprinted her mark on their hearts to treasure forever! 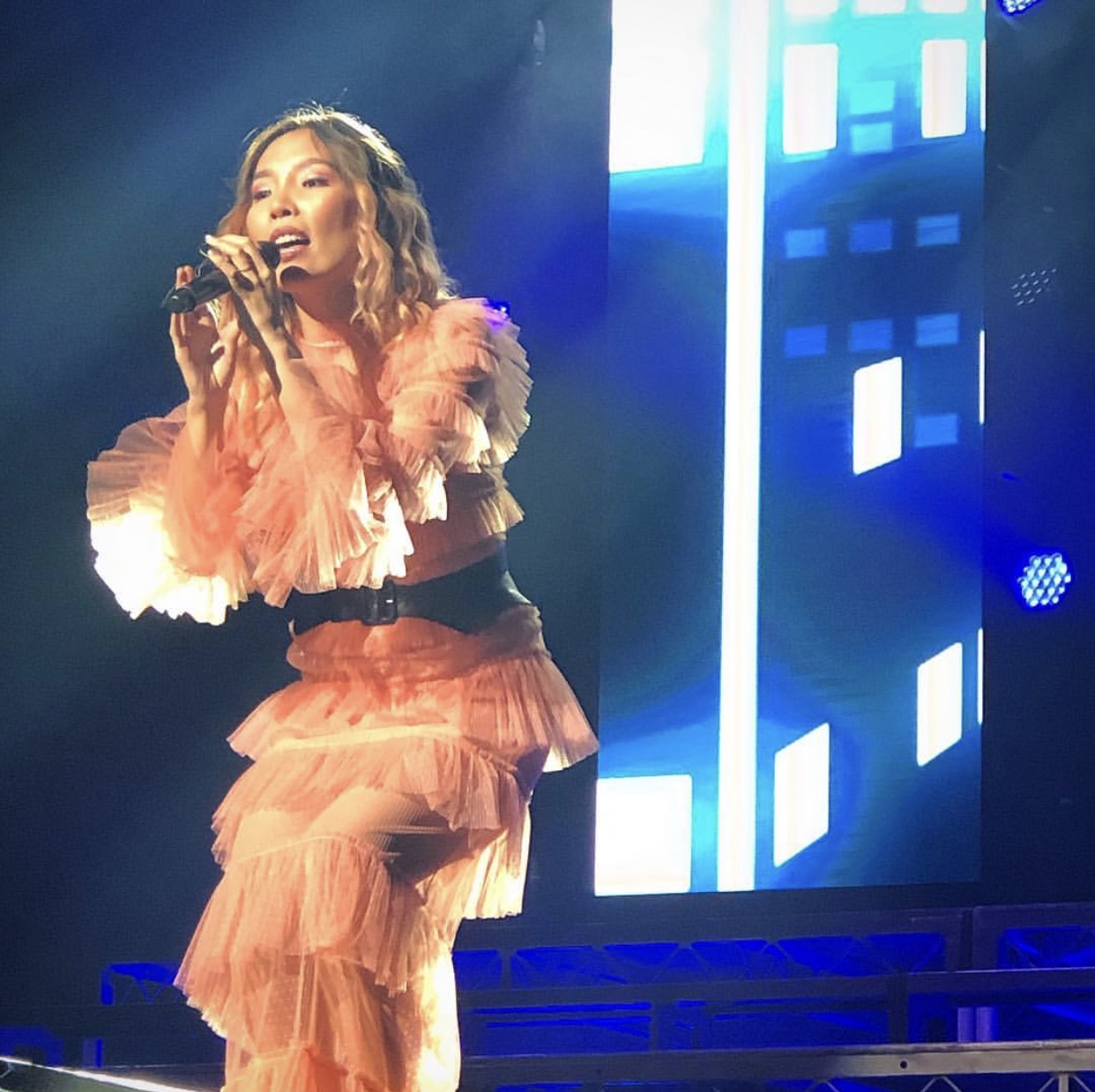 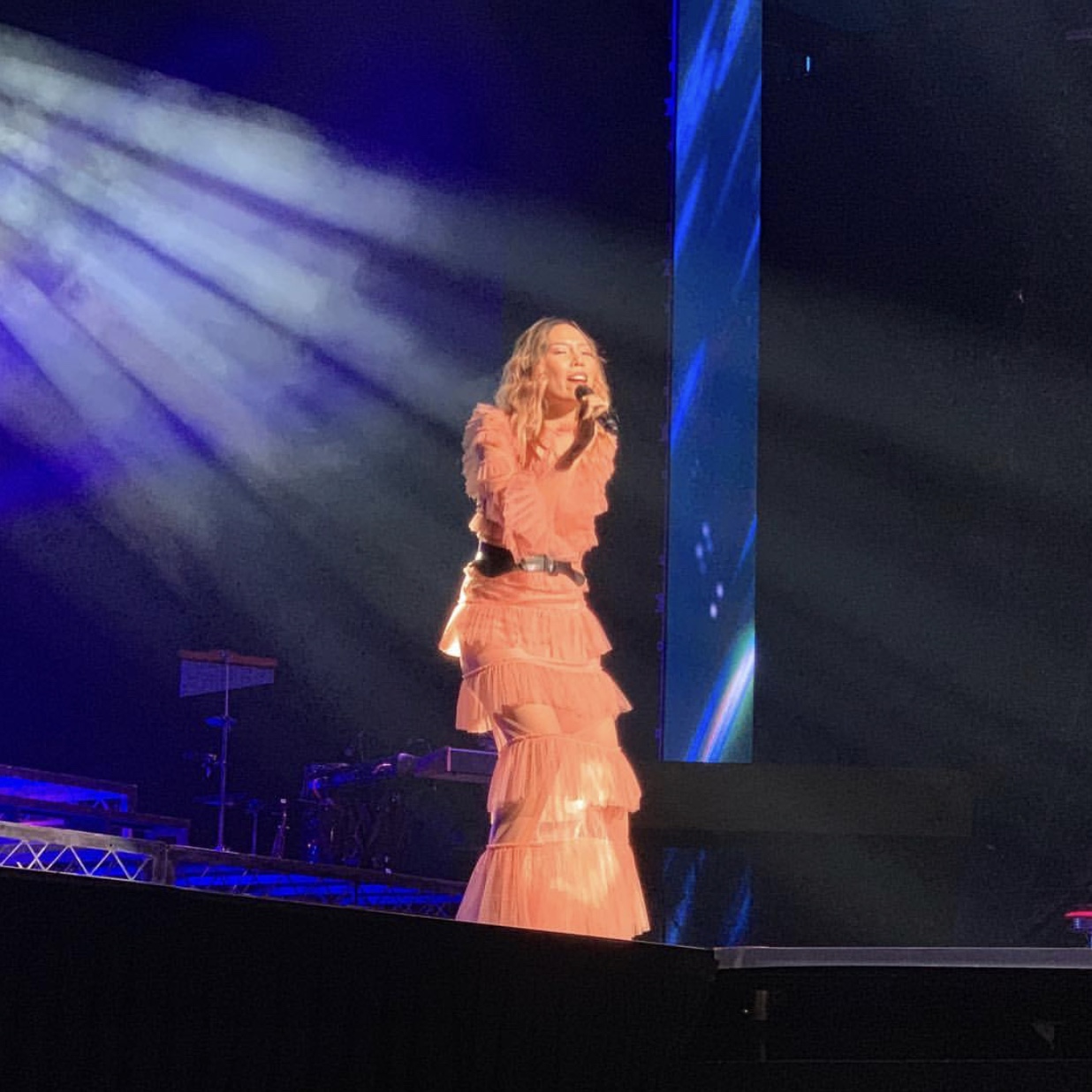 I swear that Dami gets even better with each new performance… but…how is that possible with someone who is already the ultimate? Dami’s vocals to me are ‘other-worldly’ and I’m sure many of you agree! What doesn’t change is her beauty of heart and soul, her warmth, empathy, the way she empowers and inspires through her music… as well as that delightful sense of humour and laughter which can bring on fits of giggles! She shares so much of herself, lives her beliefs and we are lucky indeed to be amongst those who share in her journey. 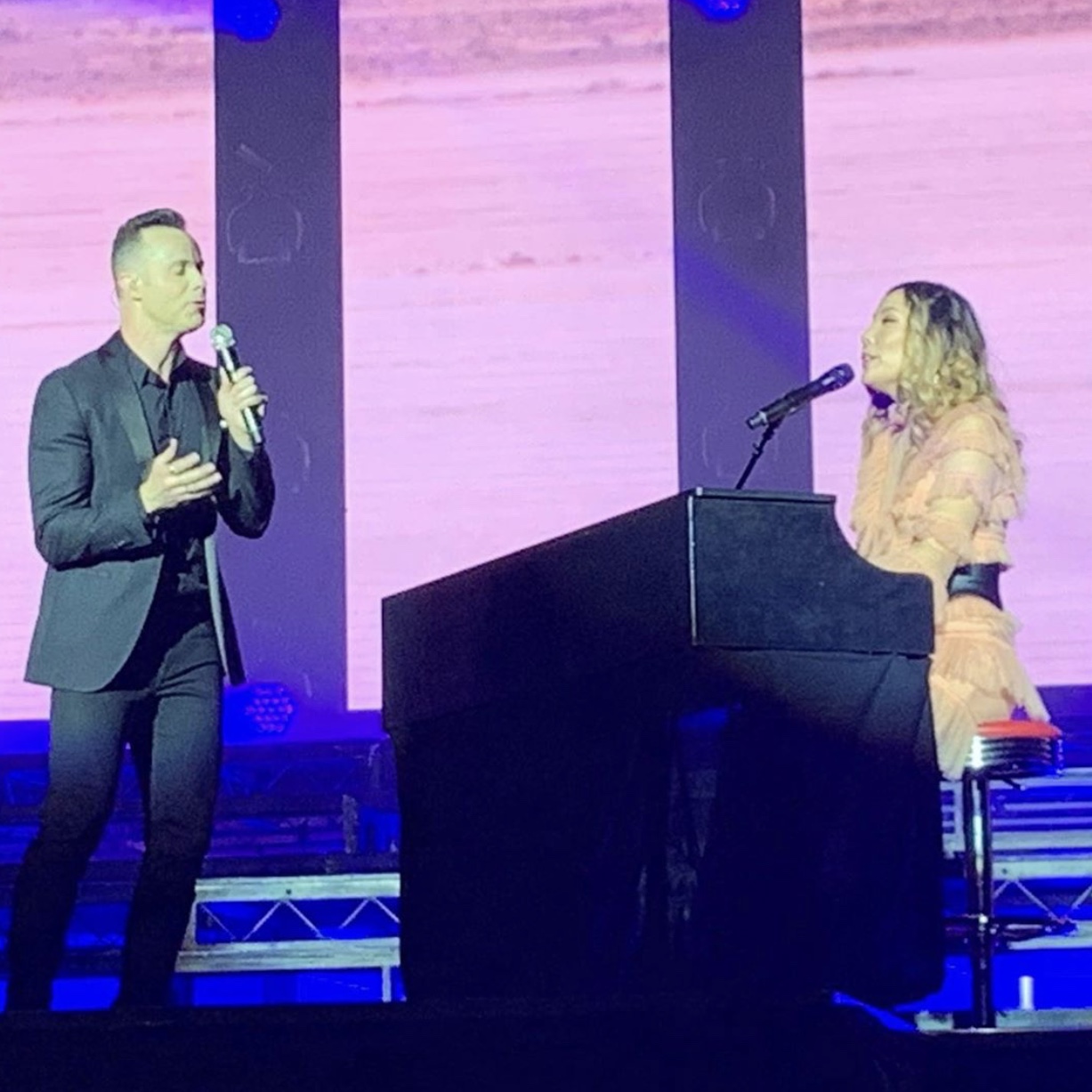 Eliciting audience engagement is an outstanding Human Nature strength. They interacted in the aisles, took a fan onstage performing to her personally, got us up dancing, singing and taught us moves to dance in synchronisation. It was a huge, joyful celebration poignantly ending with heart-shaped confetti raining down on us while the Human Nature group performed ‘Love is All You Need’ in their smooth, sweet harmony. 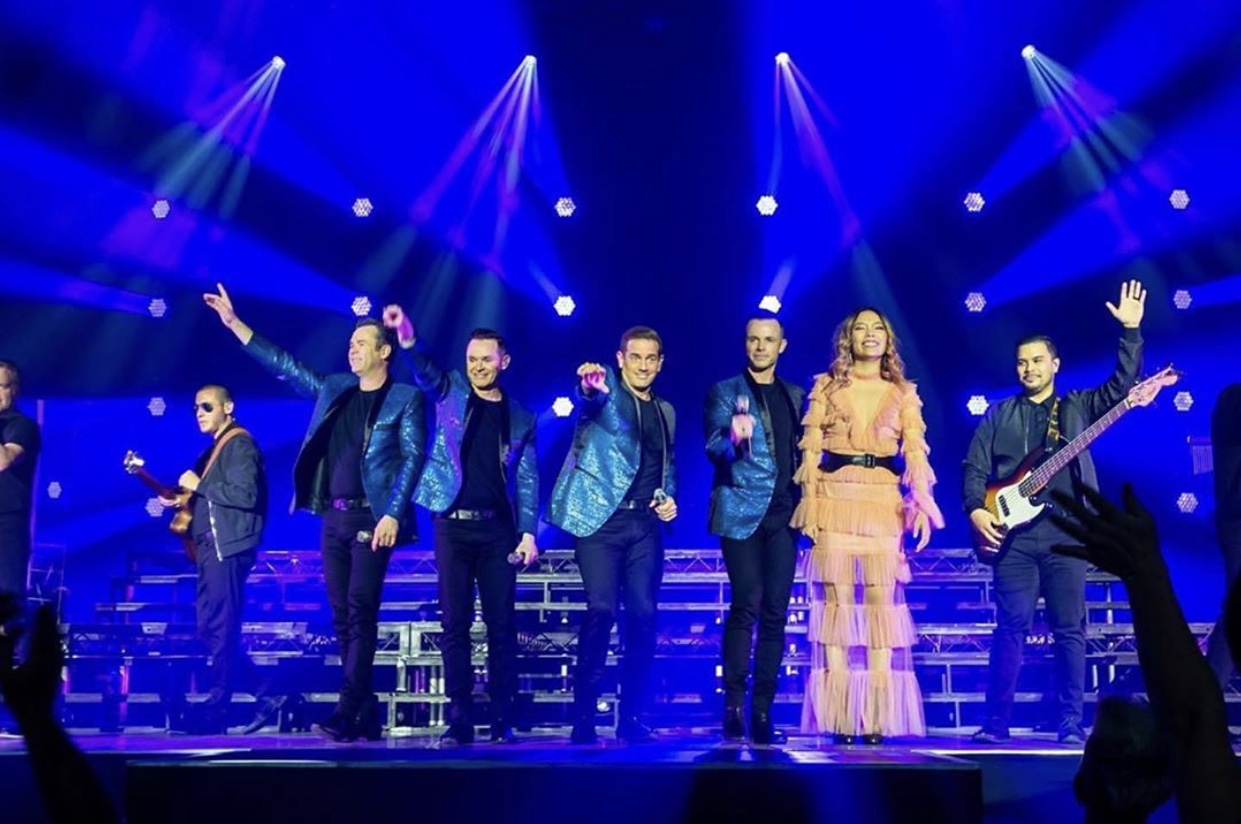 Quite honestly I went to see Dami more so than Human Nature and I am so glad I did, but I also came out with huge respect and appreciation for this outstandingly talented group! For those of you yet to see their concert, there is no doubt you will love it. For those who have not been able to see it in person, we hope the sharing of photos, videos and reviews in the Dami Army Official – Dami Im group brings you some of the joy we felt.