Wow, what a night to remember! 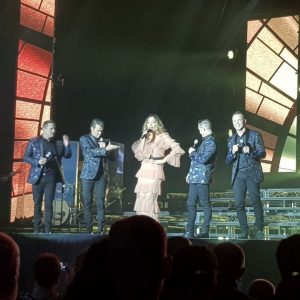 When Dami announced that she was going to tour Australia with Human Nature I thought to myself, hmmm…. could do better as my recollection of Human Nature was that of a cheesy harmonising boy band. At RAC Arena in Perth last night a confident and relaxed Dami came out on stage and took control of an absolutely outstanding breathtaking performance.

Living in Western Australia we don’t get to see Dami too often but when she comes she brings everything and leaves it onstage. For me as a huge Dami fan it was like a proud moment sharing Dami with all these Human Nature fans. The crowd reaction was fantastic as they warmed to Dami with whispers behind me,” wow who is this”, “incredible” followed by more Wows.

Dami was her usual humble and complementary self in between songs, thanking Human Nature for the opportunity to tour with them and also what good people they are. Human Nature also returned the love of Dami during their show. When Dami announced that she would be coming back to Perth’s Astor Theatre in November with her own “Dreamer” tour there was a gasp and huge ovation and more chatter around “I’m going”. Better get tickets quickly I’d say.

After Dami had finished her performance I overheard another conversation, “Dami won X Factor” and “didn’t she win Eurovision, I didn’t recognise her”. I suspect it’s because Dami seems all grown up now with so much confidence and perhaps that beautiful ‘noodles hair’. 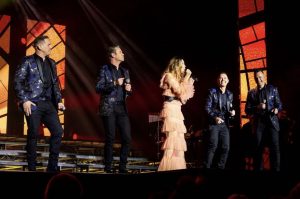 My opinion of Human Nature has also changed. Although the only reason myself and my wife got tickets to this concert was to hear Dami, Human Nature are a very polished group who really engage well with the audience in particular their Motown renditions getting everybody onto their feet and participating.