What Dami has taught us about following our dreams

What Dami has taught us about following our dreams

Having moved to Australia from South Korea when she was just 9 years old and not speaking English – Dami hardly had the ideal setup for launching a career as a singer. But it wasn’t just good luck that sent her into international acclaim as one of the most powerful voices of her generation – it took a lot of hard work and discipline, as well as a good heart.

Although it seems like Dami came out of nowhere in 2013 when she entered and won The X Factor Australia, one cannot discount all the years Dami had already spent honing her craft! 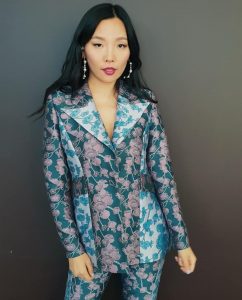 Dami proves to us that we can achieve our dreams if we really fight for it. Having begun learning piano at the age of 5 and going on to receive many awards for her musical achievements, Dami was putting in endless hours and dedication into her musical abilities long before she was recognised by the world. But what would become her greatest talent began when Dami Im taught herself to sing in Year 8, by recording herself singing the songs of her favourite singers. For those who think the greatest singers are born great, Dami says her singing abilities, in the beginning, were ‘quite terrible’!

Dami teaches us that to fulfil our dreams, we have to chase them

Dami teaches us that on top of putting in countless hours of practice, this practice means nothing unless we actually pursue our dreams!

Dami surrounded herself with music, studying music at various schools, and eventually graduating from the University of Queensland with first class honours in Bachelor of Music and eventually, a master’s degree in Contemporary voice at Griffith University. Dami also spent time as a gospel singer in Korea performing for Christian youth camps. Dami has dedicated her life to music, and that dedication and sheer determination have paid off!

Dami’s voice has the warmth of a beautiful heart

Part of Dami’s success comes from her being true to herself. Dami often chooses to record her singing live with her piano, which is rather unusual for pop music. She isn’t afraid to let imperfections through because she favours a more honest sound.

But on top of having her own sound, Dami’s success also comes from her beautiful soul. She has won the hearts of Australians and the rest of the world, Dami’s kindness is a part of her music itself. Dami’s debut studio album, Dream was recorded to raise money for Church endeavours. Dami has also dedicated much of her time for charity causes. For instance, in 2013, she signed on to become an ambassador for the children’s charity, Compassion Australia, and regularly sings at fundraising events.

Dami has shown us that dreams really do come true, even in the most unlikely of circumstances. She is an inspiration to people all around the world and teaches us the most important lesson of all – never lose hope, and never let go of kindness!